How Much Does Clickfunnels Cost?

ContentStudio and Replug, The Secret To Social Media Traffic

Kinsta Review – The Most Important Things You Should Know

Because the money is in the list; you need, Activecampaign

Incredibly simple Podcasting solution. One platform for everybody!

Take The Free Challenge to Start or Grow Your Email List Now!

Get Your First or Next Funnel Done Right!

Create E-books From Anything in 90 seconds or Less!

Create Beautiful Newsletters and Web Pages from Bookmarks or RSS in seconds!

Up to 400% MORE ROI with the World's Best & Easiest Landing Page Builder!

Add a Widget with a Call-To-Action to Drive Traffic to your Website in Every Link You Share!

The Secret of ClickFunnels Two Comma Club: A Reality or Big Fat Lie?

Is The ClickFunnels Two Comma Club Award a Hoax?

As of 2020, the club had over 700 members. How crazy is that?! Most of these people are high-end entrepreneurs in today’s online world, making millions of dollars in yearly ROI.

So what is the ClickFunnels 2 comma club? Can anyone join, and what do you gain by becoming a member.

Read on to get all the answers.

What is The ClickFunnels Two Comma Club?

The two comma club is a product of ClickFunnels. If you’re not familiar with ClickFunnels, it’s a top funnel builder and marketing company we have around today.

Their founder Russell Brunson is an internet marketing genius with a massive following of thousands of entrepreneurs.

The whole reason for ClickFunnels 2 comma club is to award entrepreneurs who have made over a million dollars from a single funnel. That’s where the notion comes in, as in, a million has two commas.

What if I’ve made a million dollars from different funnels over the whole course of running my business?

Sorry. You must make a million of the green stuff from a single funnel to become a member of this elite group.

Here is a video of Russell Brunson giving a brief explanation about the two comma club.

You likely have a peer in your niche that’s making a million dollars per year, month, or even a day. Do you think you can be like him/her? What’s stopping you, and how can you overcome your limitations?

That’s the vision Russell had in mind when creating the club. It’s about challenging yourself to do what you thought you couldn’t do by breaking that self-limiting barrier.

One important thing to note is that the two comma club is not all about making a massive amount of the green bucks. Above all things, it is the impact you make in people’s lives by providing your service/product.

As Lewis Howes puts it

Success is not measured in the amounts of dollars you make, but the number of lives you impact.

How Can You Join The Two Comma Club?

There is power in exclusivity that makes everyone want to purchase the most expensive things. That’s how Apple is killing it and also why most millionaires prefer to live in New York.

The same approach applies to the ClickFunnels two comma club. As an elite group with the most successful entrepreneurs, everyone wants to become a member.

But it’s not such an easy feat.

Making a million-dollar in one funnel revolves around many differentiators. Like the quality of your product, automation choices, financing, customer service, and the list goes on.

Cracking the code involves a lot of learning too. I have learned a principle in life that has shaped how I approach things. That’s spending 20% of my time learning and the other 80% doing it.

It’s effortless to get caught up in the excitement of seeing the results of other people. For this reason, you’ll use most of your time learning about the most remarkable strategy, the new trends, or the best tools to incorporate, which is good.

But it only dawns on you that the process is challenging when you start implementing your strategies.

The process would have been a little bit easier if you spent less time learning and more time implementing.

How to Win The ClickFunnels Two Comma Club Quickly I came across a post by Robert Neckelius when researching for this post. He emailed over 211 2 comma club award winners and asked them a few questions.

Out of the 173 delivered emails, only 22 responded. Below is the advice they gave on how you can start and scale a million-dollar business fast.

In short, these are the surefire strategies of quickly getting into the two comma club.

The most important advice is that the road to joining the two comma club is an uphill task. You don’t get a script, a template, or a cheat sheet to ease the process.

Be ready to be slapped with discomfort and pain, which are the building blocks of success.

Still, Clickfunnels hasn’t left you like an orphan. They have a program known as Funnel builder secrets that will teach you how to make the most of Clickfunnels features to grow your business.

Though the program is very costly, you will be glad you purchased it. I’ve reviewed funnel builder secrets extensively. Feel free to check it out.

Now, after you make your first million dollars, you will go to the Clickfunnels two comma club award application and do the following:

What If You Don’t Qualify?

But that shouldn’t discourage you. All you need to do is to make sure you have met all the set thresholds. You will be surprised how quickly you attain it if you set your mind on it.

Meanwhile, you can start preparing by trying out the ClickFunnels 14-day free trial. Russel Brunson has also produced three free influential marketing books to help you wade the waters of internet marketing.

Or even better, you can enroll in the One Funnel Away Challenge. It’s a one-month training program with Russel Brunson to teach you how to create your first million-dollar funnel. As you see, there are so many options that will help you get a slot in the club.

If you thought the two comma club award is just one, you’re mistaken. I have discussed them below in detail.

This is what we have been talking about. Make a million dollars in one funnel, and you’ll get a ticket to this club.

What are the awards? Nothing much. You get a plaque to hang on your wall and a chance to walk at the Funnel Hacking Live stage.

The plaque doesn’t add anything special. But you can use it to “brag” to your competitors (If you’re that cold) or use it as a customer-attraction tool to your products/services.

This award is meant for people who will achieve this milestone. Since Clickfunnels started in 2014, they have only awarded 46 users who made this achievement. Who knows? You might then be the 47th entrepreneur.

Talking about awards, you not only get a plaque to hang on your wall but something more memorable. This is the Clickfunnel customized ring. Below is an image. 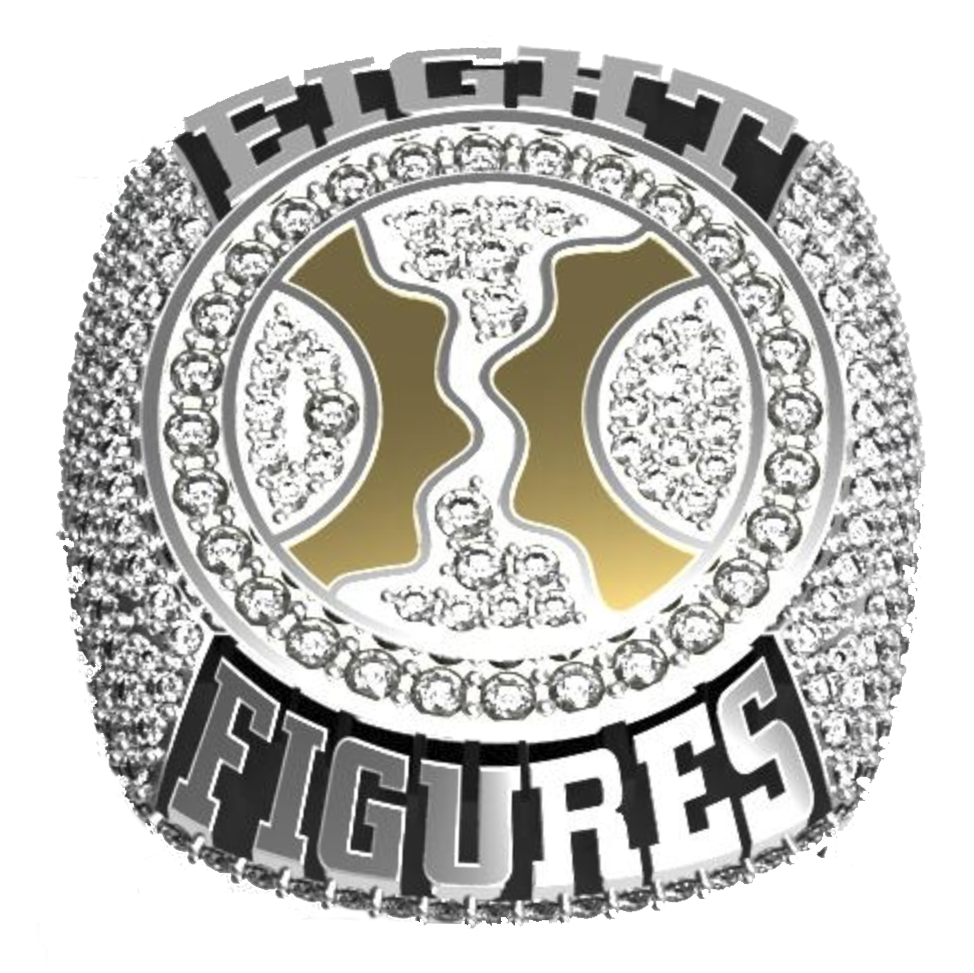 This stands for the two comma club “c” awards. It’s awarded to the entrepreneurs who have earned between $25 and $100 million in one funnel.

The award is made of four milestones which include:

Any time you achieve any of these milestones, you’re awarded another plaque. You’ll have to pay a one-time fee of $450 to apply for this award.

If you didn’t know, ClickFunnels has a charity program known as village impact? This is how it works.

Each time you create a live funnel with over 100 visitors, ClickFunnels donates 1 dollar to this charity program.

The money goes into building schools in remote areas in Kenya for children who can’t afford a good education.

But it doesn’t just stop there. ClickFunnels is also wary of its users who give back to their society. You get the two comma club two heart award if you’ve donated over a million dollars to charity.

What is the award? You guessed it, another plaque to hang on your wall. Though it’s nothing significant, it doesn’t beat the feeling of supporting the most vulnerable people in society.

Currently, only one ClickFunnel user has won the award. That’s is Alex Hormozi. 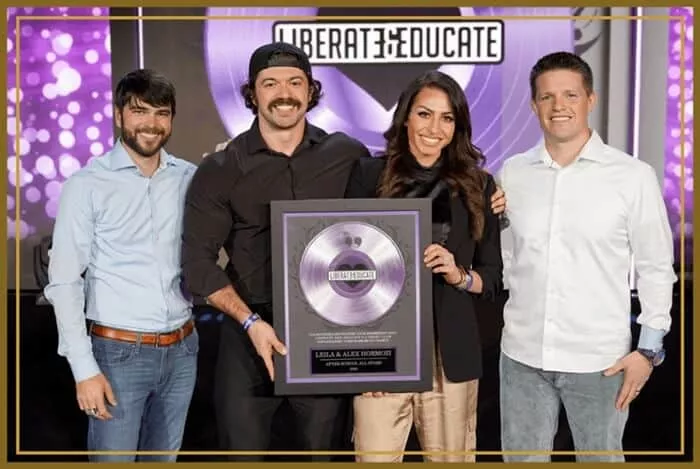 Is It a Must I join The ClickFunnels Two Comma Club?

As you’ve already seen, the award isn’t that much. Having a ClickFunnels plaque on top of your wall isn’t a magic charm to getting more leads.

Besides, thousands of Clickfunnels users have met all the set thresholds but haven’t applied for any two comma club awards.

The only one that benefits is Clickfunnels. Why? They charge you between $250 to $450 as application fees. So am I saying ClickFunnels is a scam? Not really. Don’t get me wrong.

This is psychological stuff.

Human beings are social creatures who are programmed to associate with those of a higher class. Therefore, customers are more likely to buy from people with success stories. And that’s the whole idea of the two comma club.

The main reason for ClickFunnels’s existence is to help entrepreneurs achieve their goals by creating long-term, transformational business.

They have given themselves to producing all the types of products you’ll need to beef up your marketing arsenal and succeed. That’s the whole reason for the ClickFunnels two comma club.

However, the club isn’t a measure of success. Don’t kill yourself if you haven’t made a million in one funnel. Joining it depends on your priorities and hard work. Do not sweat it! Start by becoming an affiliate of their products.

Do not forget to review their Bible, Dotcom Secrets. If you need to drive traffic to your funnel, here is a great review of their latest bestseller Traffic Secrets.

And if you want to learn how to do it from the ones that have already walked that path, we have a great review of their 30-day summit.

DJ is a professional civil engineer with a master's degree in water resources. He has performed award-winning projects in both site improvement design and water resources engineering. He is the president of Land & Watersheds & vice-president of its sister company Engineered Advantage. He actively engages in social issues like climate change trends and global water scarcity.

Please log in again. The login page will open in a new tab. After logging in you can close it and return to this page.